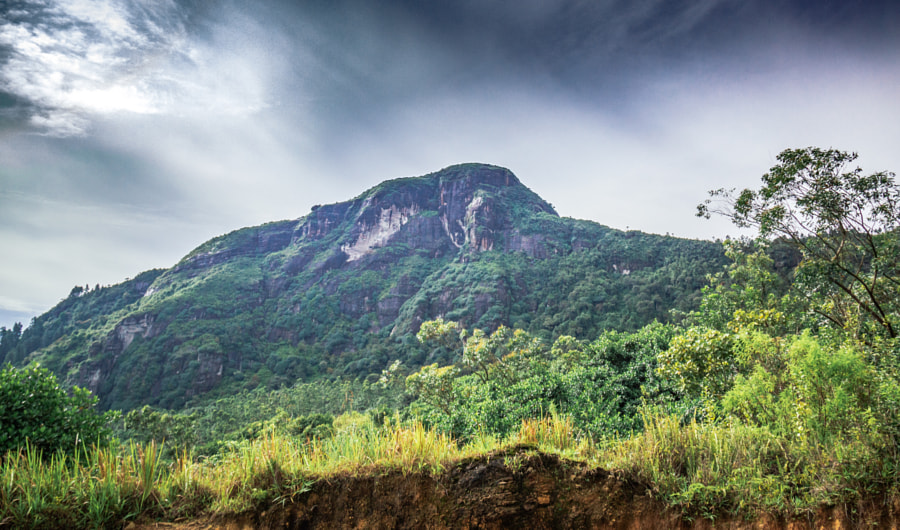 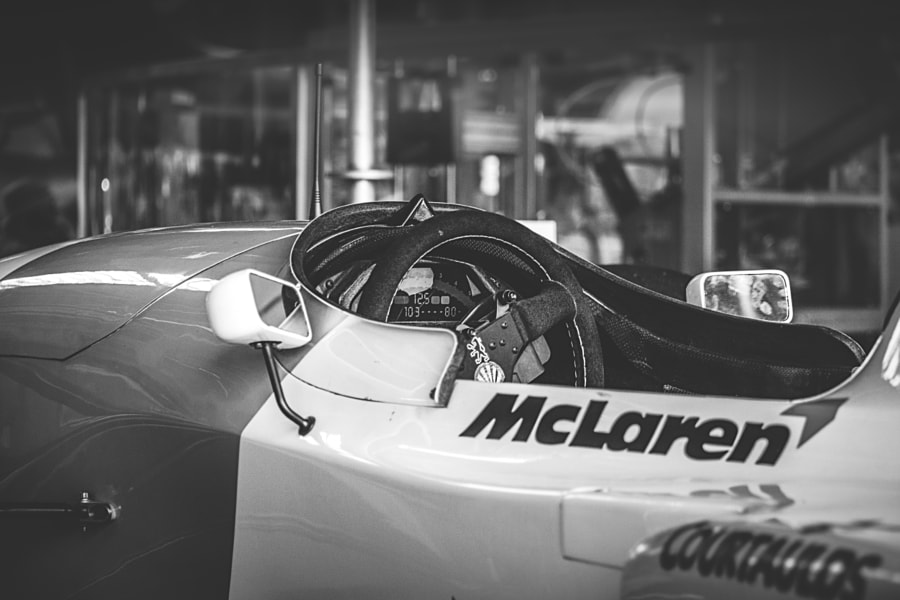 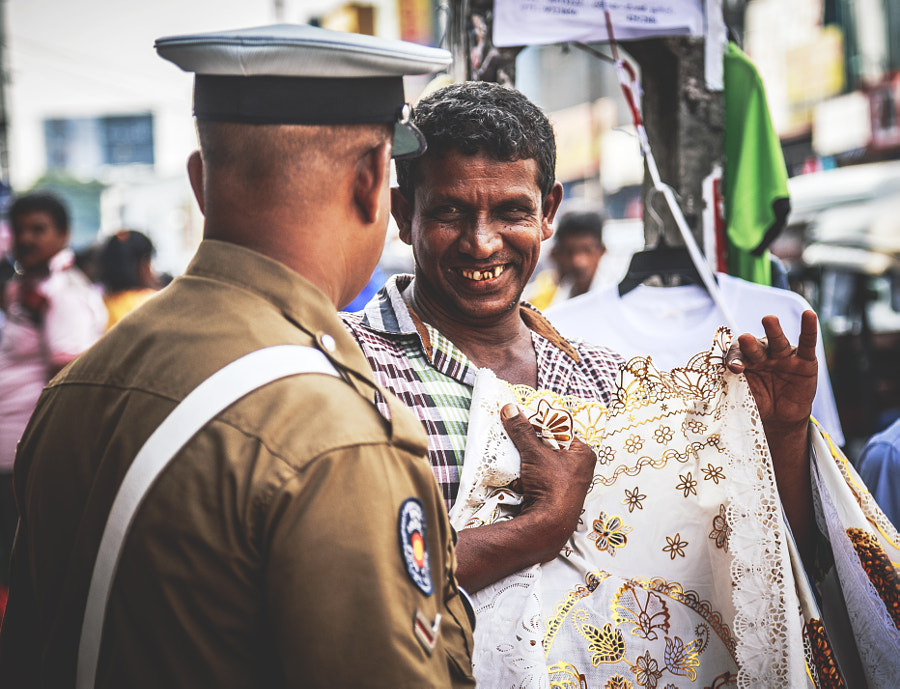 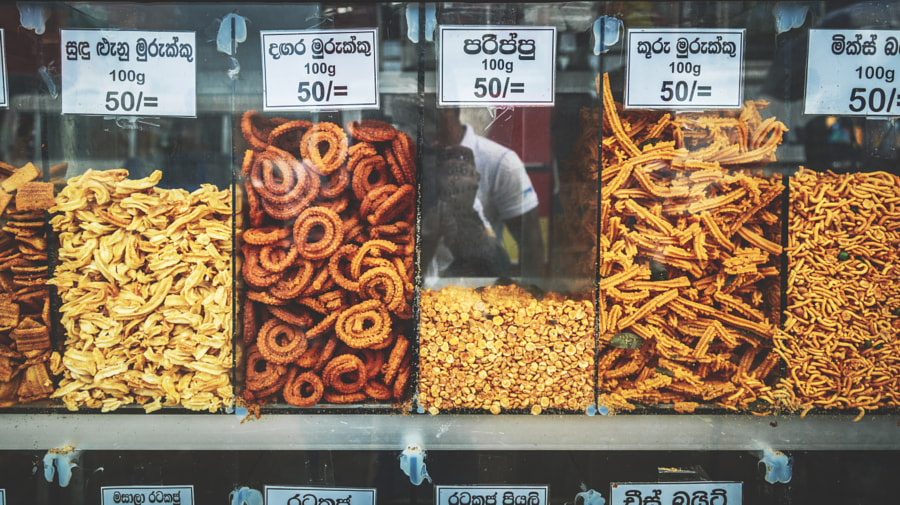 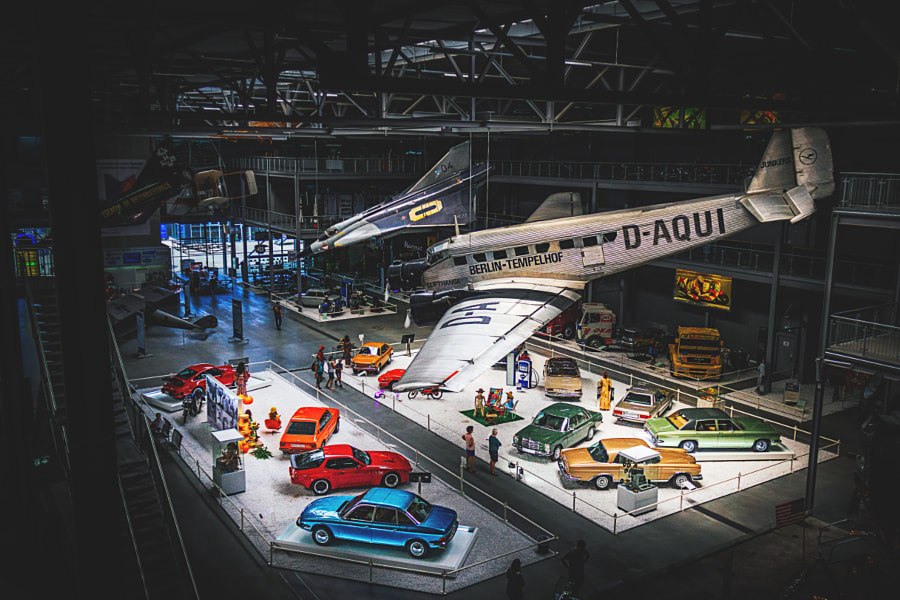 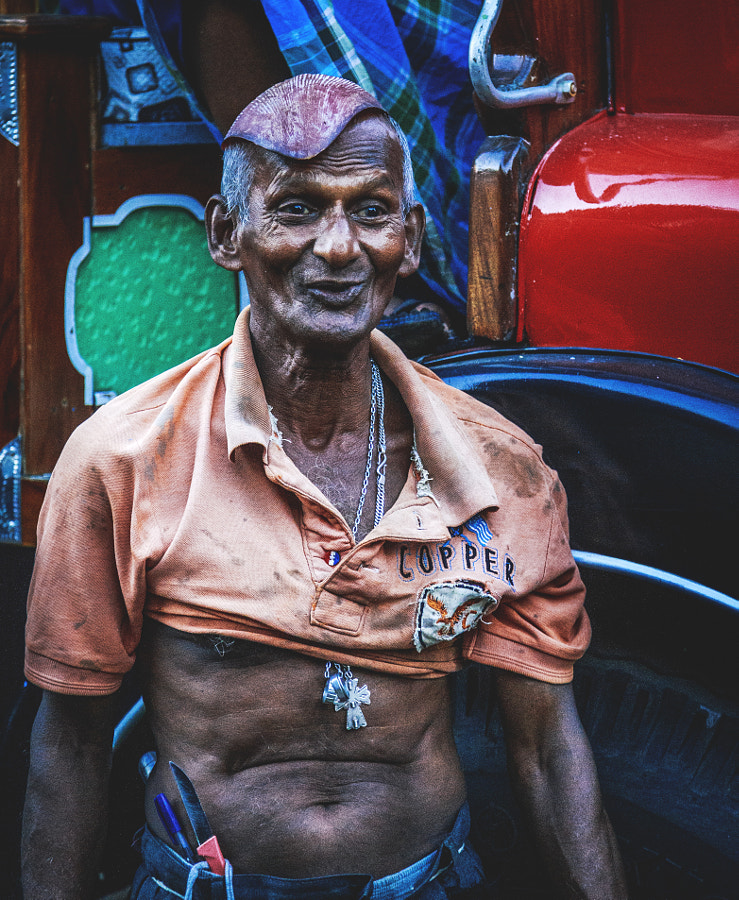 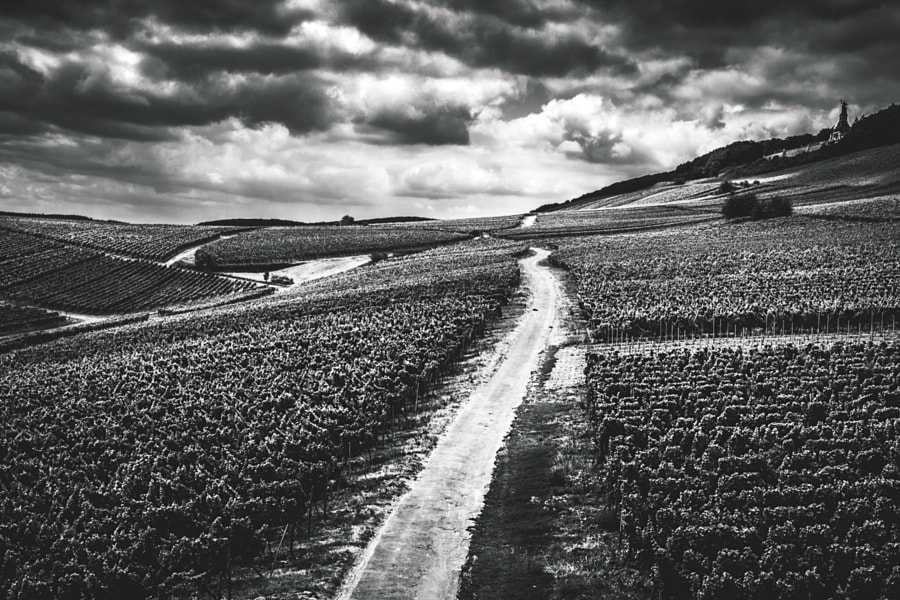 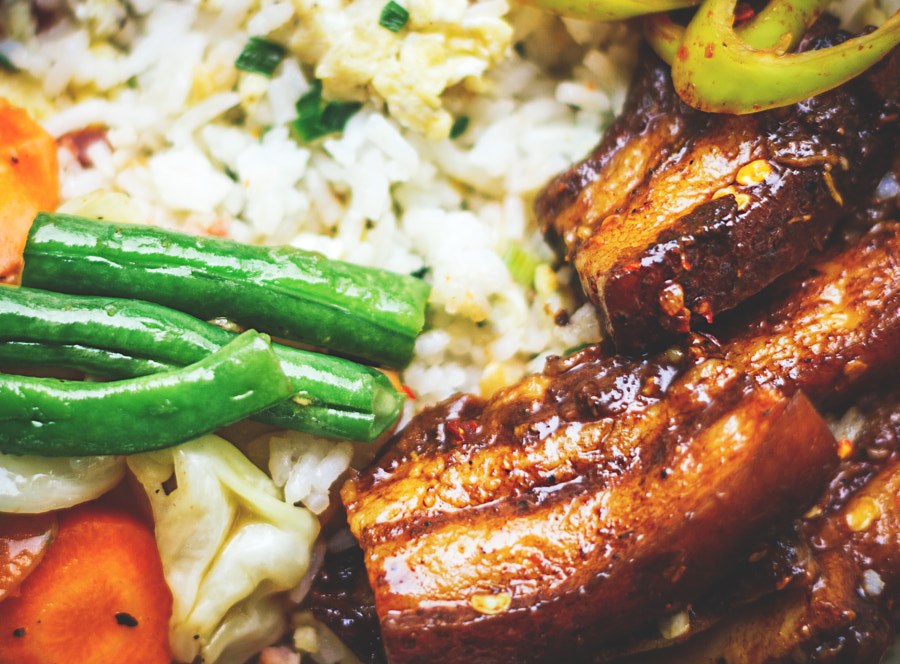 VERANDA, KOSGODA, SRI LANKA — A more modern take on the traditional Sri Lankan walauwa or manor house (the word itself is derived from the Tamil valavu; a garden). Shot on assignment for Ashraff Associates in December 2019. #architecturalphotography #travelphoto #veranda #walauwa #peace #onassignment #ashraffassociates #sosrilanka #destination_srilanka #srilanka #5DMkIV #24_70mmf2_8
IN VAIN — The derelict entrance to the Dutch Museum on Prince Street. Emblazoned ironically over the door is the first verse of the 127th Psalm, in Latin, which begins, “Except the Lord build the house, they labour in vain that build it…” Fading hand-lettered notices in several languages say that the museum is under renovation, and that entrance is forbidden on the grounds of safety. A pavement hawker told me, however, that the building had been shut for several years. A once lovely townhouse, it was built in the 1690s to be the residence of a governor of what was then Dutch Zeylan, Thomas van Rhee. It is one of the oldest buildings in Pettah, the market district of Sri Lanka’s capital, Colombo and, in its time, has also been used as a seminary, an orphanage, a barracks, and a training institute for, at various times, teachers, priests, and policemen. In 1932, the British administration of Ceylon converted the building into the Pettah Post Office. Having fallen into ruin, the former residence was renovated in the late 1970s by the governments of Sri Lanka and the Netherlands, and the Dutch Museum opened to the public in 1982. Today, in spite of being declared an archeological protected monument, the museum stands forlorn and abandoned, its grandeur rapidly disappearing under the grime of the Pettah. Sri Lanka, January 2020. #architecturalphotography #travelphoto #streetphoto #streetsofcolombo #dutchmuseum #history #dutchzeylan #colonialheritage #dutcharchitecture #so_srilanka #pettah #srilanka #600D #24mmf2_8
“SIDE! SIDE! SIDE!” — A naattami (Sri Lanka’s urban stevedore) shouts his way through the bustle of Keyzer Street, in the Pettah area of Colombo, demanding his right of way. Each morning, lorryloads of fresh fruit and vegetables, grain, flour, tea, and salted fish arrive from all parts of the country; but when they arrive, the cargo must be unloaded and hand-carried through the narrow streets of Pettah by naattamis, as has been done for over a century, in their iconic two-wheeled carts, or often just on their shoulders, into the stores of the merchants and wholesalers packed into this sprawling bazaar. The markets of Pettah would grind to a halt without the naattamis, and pedestrians leap aside at their warning shout, or risk being bulldozed out of the way. Colombo, Sri Lanka. January 2020. #streetphoto #travelphoto #blackandwhitephoto #naattami #streetsofcolombo #marketsofcolombo #pettah #srilanka #600D #24mmf2_8
A PLANTATION BY THE SEA #2 — My morning exercise was a stiff climb to the temple overlooking Kosgoda Bay, on the southwestern coast of Sri Lanka, to snap the morning light on the Indian Ocean. Shot on assignment for Ashraff Associates in December 2019. #landscapephoto #travelphoto #seascape #beachesofsrilanka #so_srilanka #destination_srilanka #onassignment #ashraffassociates #indianocean #srilanka #5DMkIV #24_70mmf2_8
POSTER BOY, PETTAH, SRI LANKA — What struck me about this old man, with his cheap educational posters, was how still he was. No one paid any attention to him, or bought any of his posters, and he didn’t offer them to passersby. He just stood there, posters fluttering, like a little scarecrow in the bustle of Pettah, watching me as I took his photograph and walked away. Bodhiraja Mawatha, January 2020. #streetphoto #blackandwhitephoto #streetportraiture #streetsofcolombo #everydaysrilanka #manonthestreet #sosrilanka #srilanka #600D #24mmf2_8
LUNCH IN THE FIELDS — A farmer’s wife keeps her husband company as he eats lunch (the traditional ambula rice-and-curry) she has just brought out to him at work in their paddy field, close to Mawanella, in the foothills of Sri Lanka’s Central Highlands. While the origins of the ambula (the word literally means something sour, from the vitamin C-laden curries, such as ambarella, mango, and tamarind featuring prominently in it) are in India, it has a storied place in the culture and heritage of the Sinhalese people; and is featured in songs, poetry, and other forms of literature. Shot on assignment for Serendib, the inflight magazine of @srilankanairlinesofficial . My photo story, “Eating Like a Farmer”, ran in the May 2017 issue. Follow the link in my profile ⬆️ for more photos and the full story. #travelphoto #photojournalism #onassignment #serendibmagazine #srilankanairlines #farmers #srilankanfood #traditionallunch #ambula #srilanka #600D #18_200mm
TEATIME AT THE FOSE MARKET, PETTAH — A fruit vendor takes his morning tea break on the job at the Federation of Self-Employees (FOSE) Market in the Pettah area of Sri Lanka’s capital, Colombo. January 2020. #streetphoto #portraitphoto #blackandwhitephoto #streetportraiture #anytimeisteatime #facesofsrilanka #streetsofcolombo #marketsofcolombo #pettah #srilanka #600D #24mmf2_8
FAST GIRLS — High school runners close on the finish line at an athletics meet in Katunayake, Sri Lanka. Shot on assignment for @theannualreportcompany and @gatewaycolleges in September 2018. #sportsphotography #documentaryphotography #femaleathletes #schoolgirls #speed #athletics #onassignment #gatewaycollege #smartmedia #srilanka #7DMkII #100_400mm
DAWN IN THE VALLEY — First light on a tea plantation in Bogawantalawa, in the Central Highlands of Sri Lanka. Shot this in February 2014, while waiting for the light to come up to shoot a Lipton film on tea pluckers for Unilever. #landscapephoto #travelphoto #mountainscape #teacountry #bluehour #destination_srilanka #so_srilanka #srilanka #600D #18_200mm